Simon is a director, actor, published playwright and disability rights activist with a career spanning 29 years. He is an associate artist of Theatre Royal Stratford East, London Bubble and Graeae Theatre. He is an alumnus of the Battersea Art Centre 21st century leadership scheme, Young Vic directors placement and the China Plate Enhanced Optimists course.

As an activist he has worked with many organisations including the BBC, National Theatre, Royal Shakespeare Company, Creative Diversity Network, ARC Stockton Arts Centre and London Theatre Consortium to increase disabled representation on stage and screen.

As an actor he has appeared in 29 professional productions most recently at the National Theatre, Shakespeare’s Globe, Arcola and Birmingham Rep, as well as TV roles on BBC, Channel 4 and Paramount. He has directed at the Young Vic, RSC and Nottingham Playhouse, and his 2015 production of “Cinema” for Zendeh was awarded British Theatre Guide’s Best Small Scale touring production. 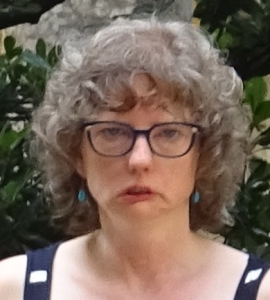 Theresa has over twenty years’ experience of working in senior leadership roles in the charity sector, predominantly in participatory arts and theatre. Prior to her role at Vital Xposure, Theresa was Interim Operations and Development Director at Babylon Arts in Ely and Executive Director at Entelechy Arts for three years where she successfully secured ACE Catalyst funding for the organisation.

Alongside these roles, she completed her Masters in Voluntary Sector Management in late 2020, and has a Diploma in Charity Accounting. 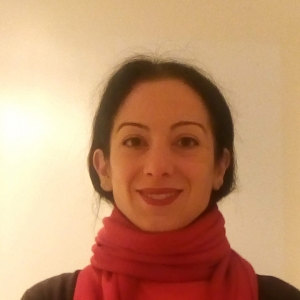 Her professional background includes work in disability-led art companies and collaborations with independent artists as a freelance producer and access adviser. Current and most recent productions include ‘Define Your Journey’ and ‘Defiant Journey’ (National Tour 2022) by Jo-anne Cox  and ‘Touching Home’ (2019) by 27 Degrees.

In previous roles she consulted arts organisations on how to embed inclusive practices across their operations and undertook broader project management work for UK and cross-European programmes on inclusive design and accessible tourism. She has worked for the Finger and Thumb Theatre Company (Shadowgraphy), Shape, filmpro limited and the Centre for Accessible Environments.

In 2010 she initiated two pioneering projects to actively promote disability awareness in Greece, particularly for D/deaf audiences, and increase visibility of the Greek Sign Language. The first one was a collaboration between D/deaf and hearing young people who created a fun short film in both spoken and sign language (‘Shhh…A Fairy Tale’). The second one was the introduction and development of deaf accessibility for a multi-sensory touring exhibition (‘Myrtis: Face to Face With The Past’) which was the first public exhibition in the country to include Greek and International Sign Languages.

In 2014 she embarked on a new arts project as transforming a small studio in Hoxton, East London,  into a gallery once a month. The events have showcased an incredible array of disabled and non-disabled artists, who presented a variety of film, music, video installations and live art.

She’s passionate about equality, fairness and social justice; she volunteers for the Hackney Winter Night Shelter and has previously volunteered for Cleanbreak Theatre Company, who support women with experience of the criminal justice system through theatre work. 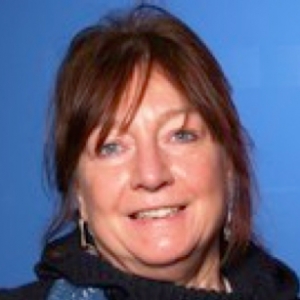 Isobel Hawson is a freelance theatre producer, consultant and Director of On Tour Ltd., a national and international arts consultancy. She has worked in theatre for many years, both in England and overseas.  She has set up bursaries, international exchanges, provides mentoring support and advises companies on their creative, infrastructural and touring developments.

Internationally, Isobel has worked in Australia at the State Theatre Company of South Australia. She has spoken at conferences and worked with organisations and funding authorities in Sweden, Norway and Denmark.

She is Strategic Associate at 20 Stories High, whose award winning professional and participatory work with and for young people, tours regionally and nationally. She also works with Kali Theatre, Blink Dance Theatre, Phizzical Theatre and supports a number of emerging artists and theatres. 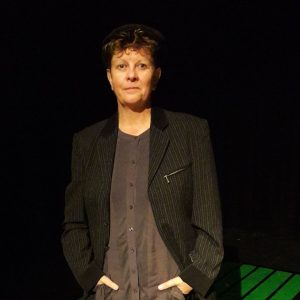 Julie McNamara is the founder of Vital Xposure and has led the company as Artistic Director until December 2020, making it one of UK’s leading disability led touring theatre companies within Arts Council England’s national portfolio.

She is a Miegunyah Distinguished Visiting Fellow at Victorian College of the Arts and an Honorary Fellow of the University of Melbourne.

As both an artist and activist, she is a leading voice in Disability Arts on international stages. Her work is driven by social justice with a life long preoccupation with creating platforms for excluded voices from the political periphery. Her particular interests are in discourses of madness and voices from locked-in spaces. She is an award winning playwright (Unlimited Award 2014, Southbank Show Award 2010, ITV / DaDa Writers 2009, Peabody Award for documentary 2000).

In 2015 she was one of four national artists commissioned by Research Centre for Museums and Galleries for Exceptional and Extraordinary, Unruly Bodies and Minds in the Medical Museum. Her work is widely published in poetry anthologies and non-fiction discourses on Disability and Mental Health. She has a substantial theatre production history both in the UK and on international stages (Australia; Canada, New Zealand and Ireland) She has an extensive record of international mentorships in UK, Ireland, Canada and South Australia.

Recent work includes the award winning documentary: Voices from the Knitting Circle, the extraordinary love letter to life itself – Let Me Stay, created alongside her Mother with Alzheimer’s and two sell out tours of The Butch Monologues by Laura Bridgeman.

Following a decade at the helm of company, JulieMc has set off to new adventures in the UK and overseas, whilst continuing working on White Pariahs: Quiet Rebels (on national tour in 2022) an exciting collaboration between Vital Xposure, Dervish Productions and Soul City Arts.