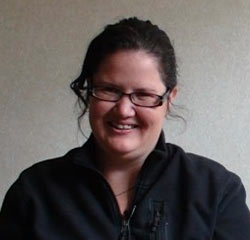 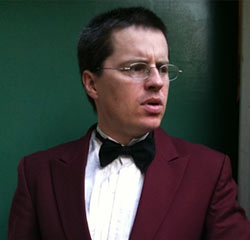 In 2010 Filmmaker Caglar Kimyoncu, Director at filmpro and Theatre maker Julie McNamara set off on a journey to record the extraordinary achievements of three embattled individuals who share a dream. This documentary is about how those dreams were made real.

Each person at the heart of these stories shares a passion for the Arts and a dream that drives them to take on wonderfully creative challenges. Each one of them also happens to live with Learning Difficulties.

Here are three uniquely imaginative talented artists. The only thing in the way of them finding meaningful employment and getting on with their lives is your attitude and mine. I was once privileged to be their ‘Mentor’ for a while and for ever after, our lives are intertwined.

Rachel, Alan and Jen offer us insights into the importance of mentoring relationships. It’s a candid view of Mentoring vulnerable people in professional development in the Arts. What shines through is the brilliance of the souls searching for an opportunity to belong, in an exploration of mentoring relationships that is riddled with frustrations, held together with patience, stubbornness, creativity and most of all respect.

With a superb cast of arts professionals spanning international waters, we get to hear from the movers and shakers who have contributed to making three people’s dreams come true. In an atmosphere of continuing prejudice and discrimination in the midst of a global economic recession, dreams still can and do come true.

Rachel High with No Strings Attached Theatre of Disability Adelaide, South Australia plays Chelsea in Steak and Chelsea Out to Lunch directed by Paolo Castro. Currently completing a degree at Flinders University. She also trained with Tutti Kids & Restless Dance.

Jennifer Stewart of Picture This Film Festival, Calgary, Canada now works for an oil company. Jen is a leading advocate for the Disability Action Hall in Calgary. Currently writing her first script for feature film.

Alan Clifton of Hackney, London Trainee Lighting Assistant and Stage Management. Alan featured as Jeeves at People Show Studios 2010. Alan also starred as Raymond in the sell out production of The Knitting Circle at Soho Theatre 2011. He volunteers for Vital Xposure and is currently the company courier.

I dream, I dare, I do
Scroll to top